If you've noticed more food carts in Olympia recently, there's a reason. The Olympia City Council has, as of last summer and due to the urging of a small but persistent vendors, relaxed it's requirements for permits. Before last summer the city required vendors to renew their $180 permits four times a year totaling $470/annually. Now the fee is $180, once a year. This reduced overhead and hassle, along with the allowance of a vendor parking area along State Street between Cherry and Franklin, encourages vendors to set up business and consistently serve their wares.

California tacos is probably the longest standing food truck in the area. They have three trucks stationed in Lacey, downtown and the westside. I've been going to them for years and will vouch for their cleanliness and good quality. 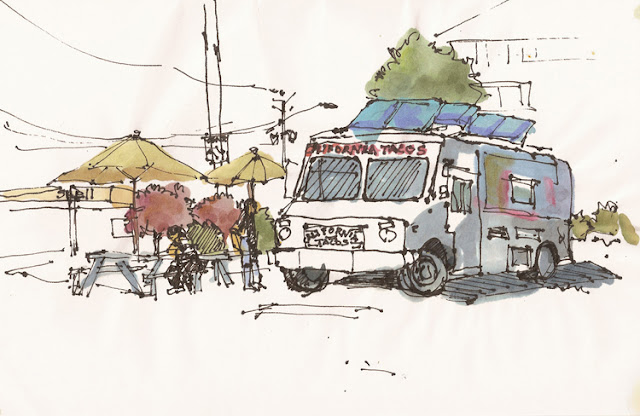 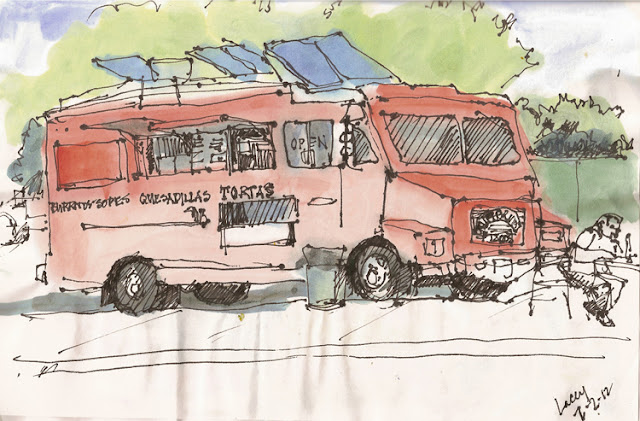 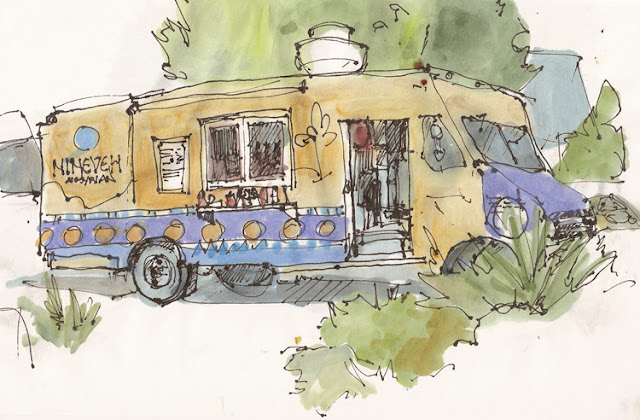 Nineveh Assyrian Food - on Plum - check out their fried cauliflower 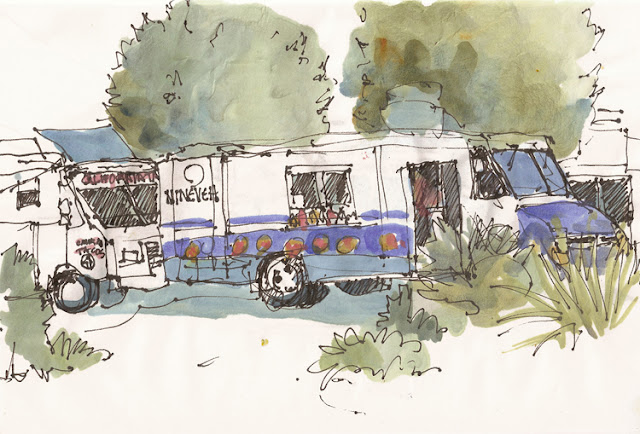 Another shot of Nineveh and Downtown California Tacos 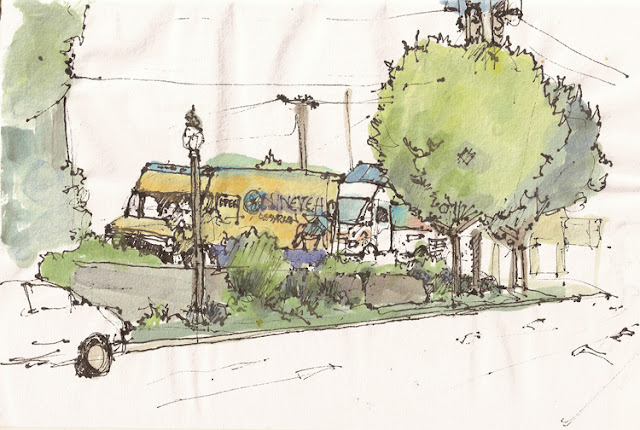 Posted by Jane Dillon Wingfield: janewingfield@gmail.com at 5:58 PM No comments:

The Olympia Farmer's Market is one of my favorite sketching spots in Olympia. It has all the fixings of a good sketch color, an endless variety of shape and value, constancy and change happening simultaneously.

Sullivan's Homestead at the east most side of the market is a hub-ub of activity even on rainy days. Bins of colorful fruits overflow the bins and vendors pass out tastes of the ripening fruit. 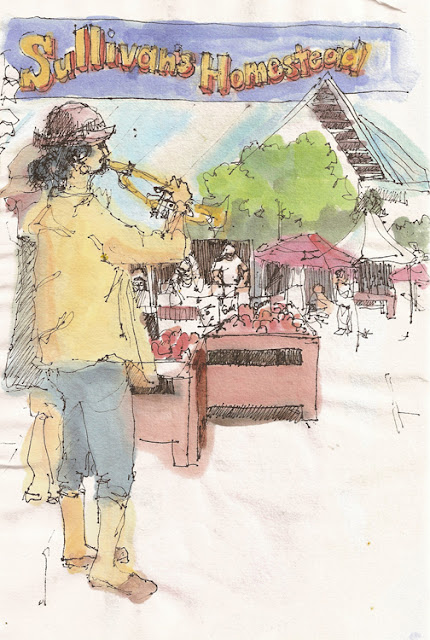 The market contracts with musicians that play the market venue every day the market is open. They start at 11 and end at 2, attracting music lovers and enlivening the shopping experience. The contracted musicians play the market stage and covered picnic area. At the same time independent musicians set up on either end of the market or across the street near Dancing Goats. These buskers range from school aged musicians strengthening their courage, to experienced buskers. 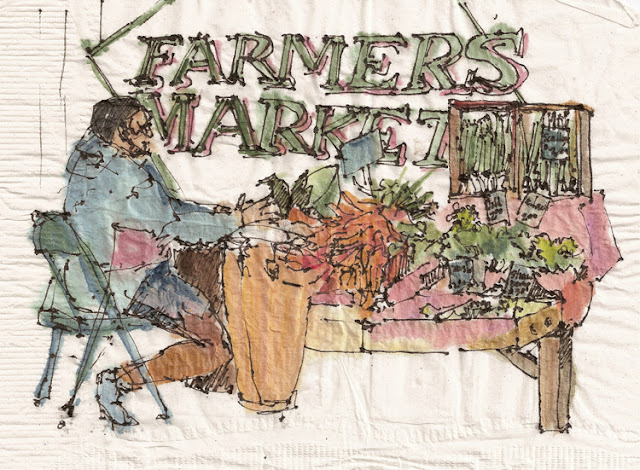 The chile cart is one of my favorite market scenes. the colors and shapes are scrumptious! Every year I make several sketches of the cart or chile peppers or both. I often buy a bunch and set them out on a table like a bouquet. 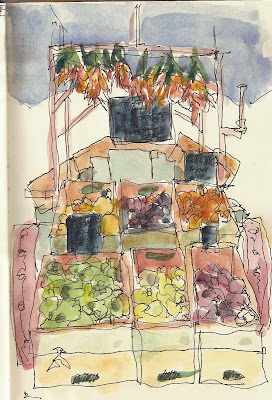 The market sits just east of Fiddle Head Marina. On a recent sunny evening, the sunlit water drew me to the shoreline to sketch a few skiffs. 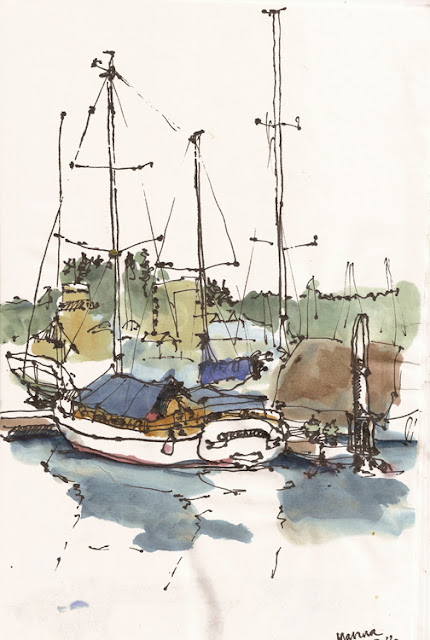 Posted by Jane Dillon Wingfield: janewingfield@gmail.com at 6:00 PM No comments: