Having just returned from three months in Southern California, it took some dedication to head out  to the Women's March on a drizzly 47 degree morning. It was also very heartening to see so many others with the same or greater dedication.

Last year's march had such a huge thrust of energy behind it. This year the tone was less volatile, more measured, yet still powerful.

We met again at the Washington State Legislative building, what better place to address the  institution of governmental power. We arrived well past the initial 11 o'clock start time and speeches were in full swing, continuing for enough time for me to get several sketches at that site. 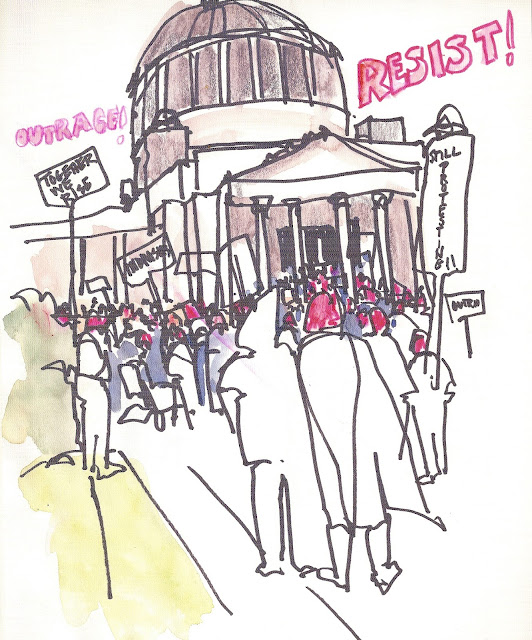 The focus had changed a bit from angry reaction to last year's election to strategic planning for upcoming voter opportunities -- the midterms. 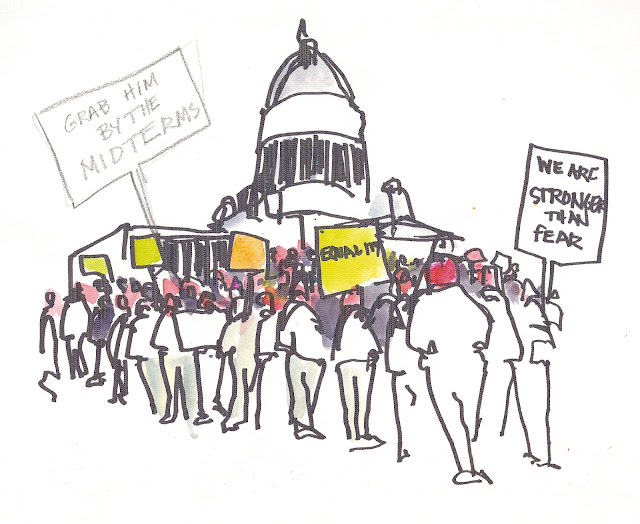 Pink hats dominated, but there were lots of colors. And, being the rainy northwest, plenty of umbrellas. 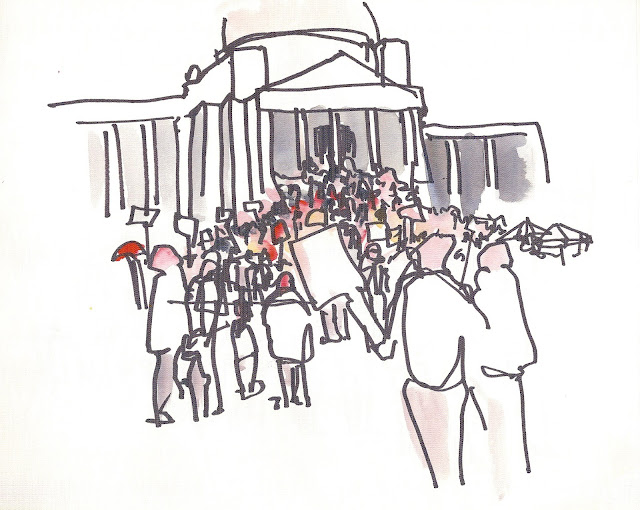 We marched from the Capitol Campus which sits on a hill, down a switchback path to Capitol Lake where booths representing organizations focused on anything from LGBTQ issues to voter registration. 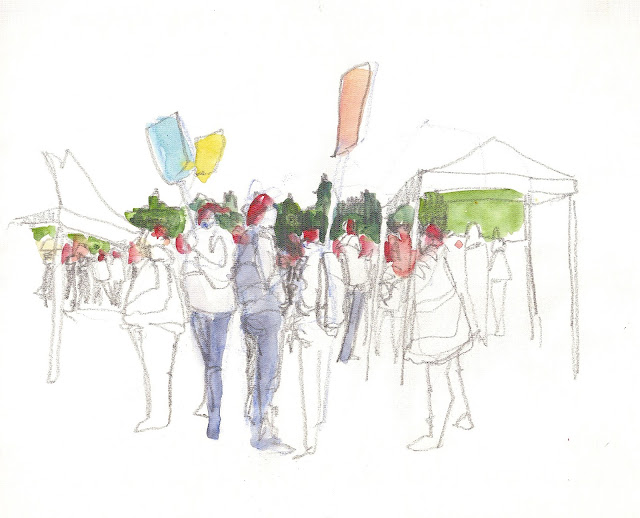 I wrote down some of my favorite signs and chants I heard: 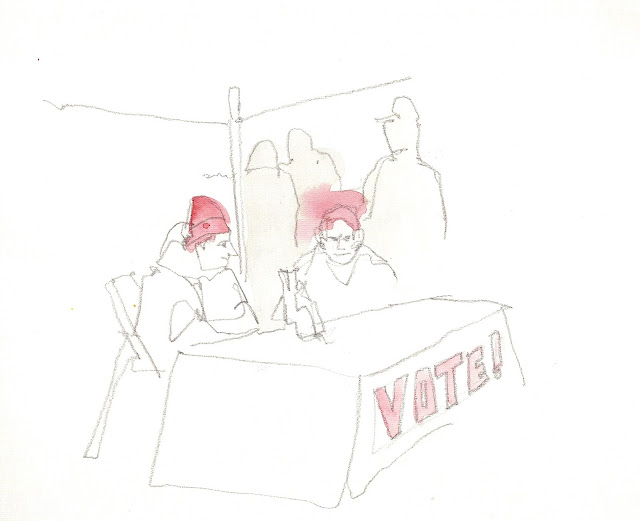 It will be interesting to see what this coming year brings to our country politically, but one thing seems certain, the pink hats are here to stay for a while longer.

Posted by Jane Dillon Wingfield: janewingfield@gmail.com at 11:49 AM No comments: