The shipyard next to Boat Haven Marina in Port Townsend is a health and fitness clinic for big boats. The Hawaiian Chieftan sits on drydock. Rumor has it that Pete Townsend’s yacht comes in for check-ups. Big cabin cruisers, a shiny  sky-blue 80 foot sailing yacht, a ginormous rusty metal fishing boat all scatter the boatyard. The star of the show these days, however, is the Western Flyer.

This eighty foot wooden former sardine fishing vessel, originally named the Gemini, was the home of authorJohn Steinbeck and biologist Ed Rickerts back in 1940 when they embarked on their 4-month long journey documented in the book Sea of Cortez: A Leisurely Journal of Travel and Research. The boat itself is an historic artifact—a symbol of adventure, freedom, camaraderie, or perhaps even refuge for John Steinbeck, who was at the time under public attack for his novel Grapes of Wrath and it’s depiction of America during the depression. 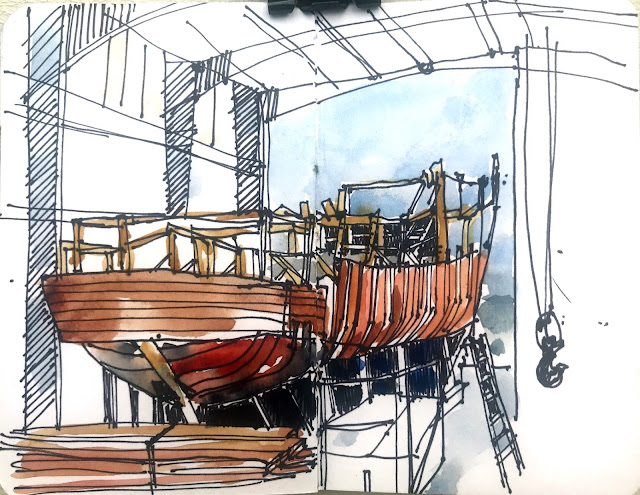 Steinbeck and  Rickerts hired Anton "Tony" Berry and his fishing vessel. Once in the Sea of Cortez, habitat to an unmatched collection of sea flora and fauna, Steinbeck’s attention was fastened to what he saw. He documented the unqualified inter-dependence of sea-life, unwittingly writing the first supplementary textbook for the study of ecology. The book documents the scientific findings and tells the story through Steinbeck’s narrative. 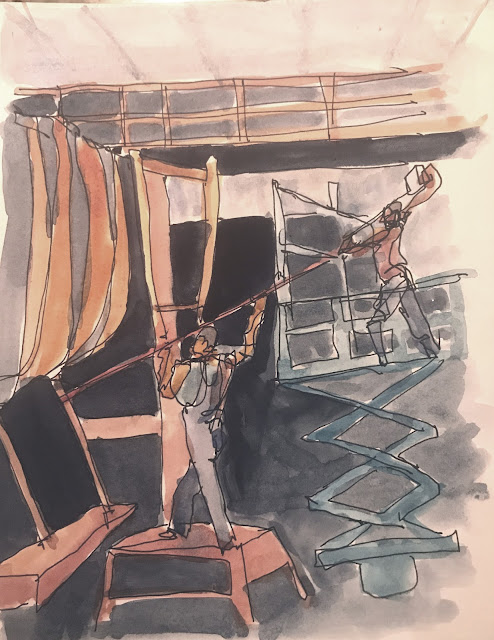 Built in 1937 as a purse seiner, the Western Flyer, first fished for sardines out of Monterey Bay. After the epic journey documented in the book it returned to Monterey and continued sardine fishing until the early 50’s when it went to Alaska as a fishing vessel. In the 60’s it fished in northwest waters, then caught crabs in the 70’s. It changed hands several times during the next few decades ending up in Anacortes where it hauled salmon to canneries. 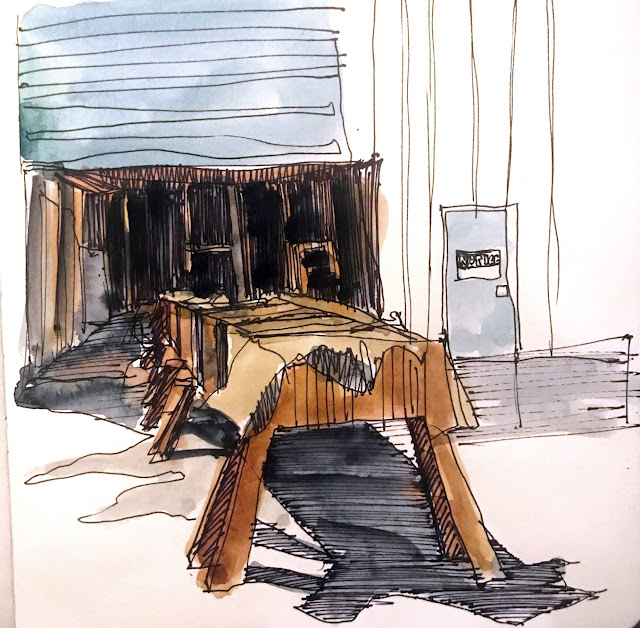 In 2013 it was salvaged from the dregs of Puget Sound where it had sunk twice during the previous winter. Several entrepreneurs made plans to revive it for moneymaking purposes. Finally in 2015 it was purchased by a geologist, John Gregg, with the dream to restore the vessel exactly as it had been when it made the historic voyage that became the birth of today’s science of ecology. 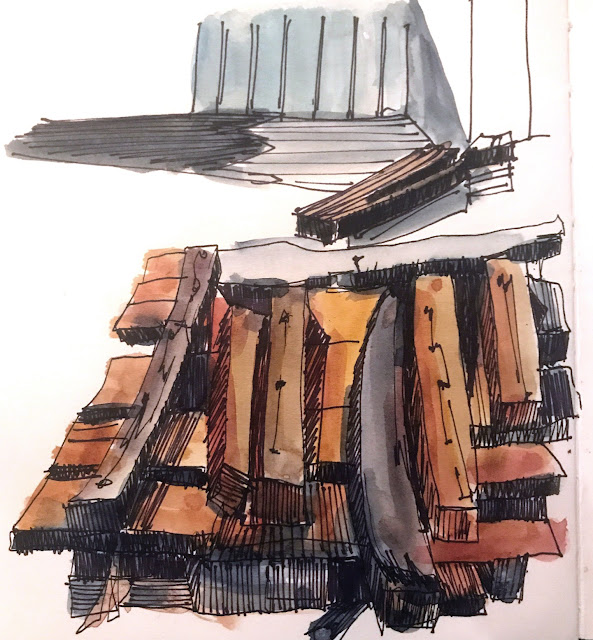 It’s an awesome sight to see the work being done by Port Townsend Shipwrights Co-Op to restore the boat to its original state. Remnants of the original hull are stacked near the warehouse. The skilled boat builders work long hours, steaming wooden planks to shape the boat’s hull. Countless school field traipse through the shipyard learning about the history of the boat and it’s role in exposing our planetary interdependence. The owners expect the ship to be finished in 2020 and hope to use it as a floating classroom for the study of marine biology. If you get a chance to visit Port Townsend check it out. The site is open to the public and welcomes visitors.

Posted by Jane Dillon Wingfield: janewingfield@gmail.com at 7:20 PM No comments: