Again this year I have market sketches of my favorite place to sketch in Olympia.

The market building from the back. 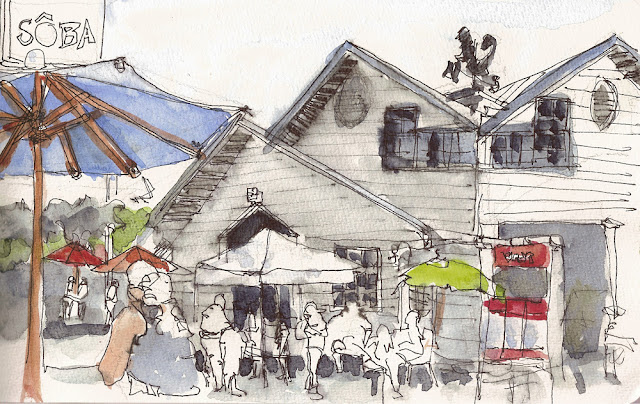 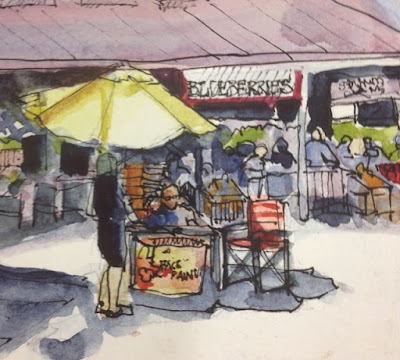 Posted by Jane Dillon Wingfield: janewingfield@gmail.com at 10:36 PM No comments:

If any of you have read "Boys in the Boat" by Daniel James Brown you will have a special appreciation for the University of Washington Crew house. The Seattle Urbansketchers met there in August on a glistening sunny summer morning. The ghosts of the 1937 Huskies who went on to win the Olympics in Germany just before the outbreak of WWII hover the sacred ground.

The new Conibear shell house, named after the Husky Crew coach that led his team to the Olympics in 1936,  is almost as impressive, built in 2005 it houses the equipment for the 21st century. One of the shells housed in the new shell house was especially meaningful. It was named for  crew team member and shirt-tail relative,  William Peter Allen, who fell to his death while hiking in 2011.

This old boathouse reminds me of a 1950's motor home sitting at the base of the new deck. The round windows hint of nautical theme.

This dock sits alongside a pleasant footpath leading from the old boathouse to the new one. The sun, shade and water invited me in for a watercolor swim. 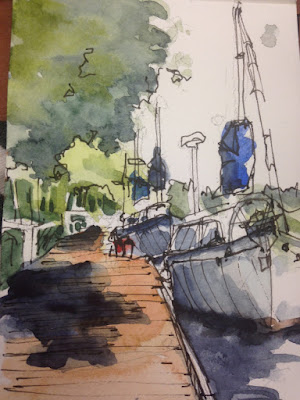 Posted by Jane Dillon Wingfield: janewingfield@gmail.com at 10:16 PM No comments:

Music in the Park

What town doesn't host the summer tradition of Music in the Park. Ours are held Wednesday evenings in Sylvester Park in downtown Olympia in front of the Superintendent of Public Schools building - formerly the State Capitol.

The golden glow from the setting sun puts everyone in a good mood. 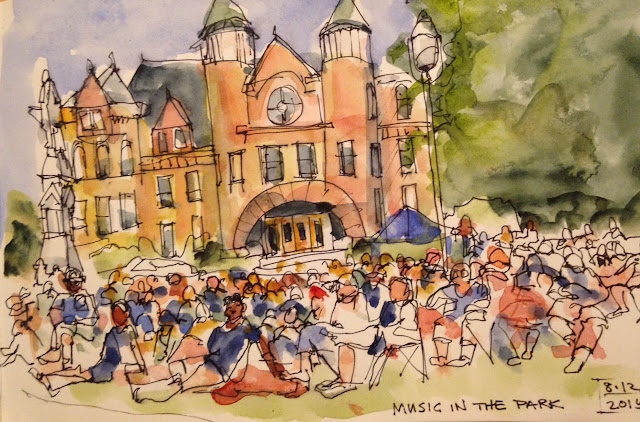 Good enough to get up and dance. 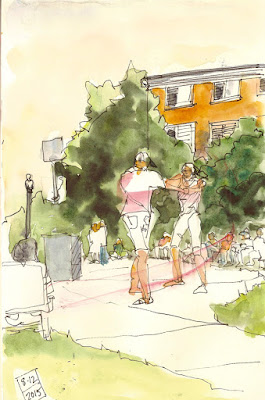 And on Wednesdays in Lacey's Huntamer Park, just outside the office building where I work my day job, we have more Musid in the park. I don't usually have my paints with me here, so black and white pen work with a little added spit does the trick. 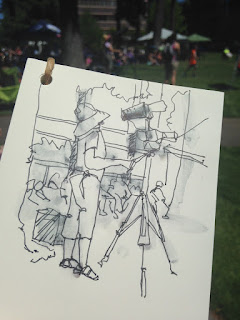 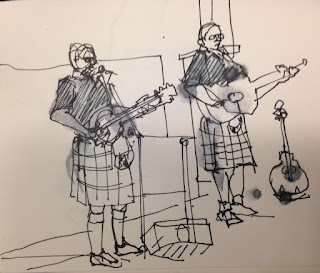 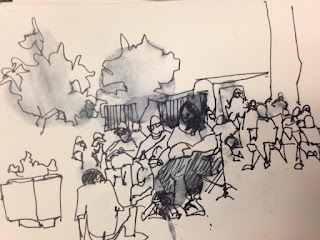 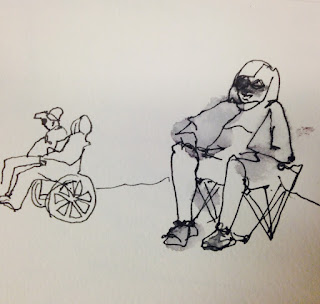 Posted by Jane Dillon Wingfield: janewingfield@gmail.com at 10:42 PM No comments:

Around the Town - Summertime in Olympia

The following are a collection of random sketches from around Olympia that I did this summer. 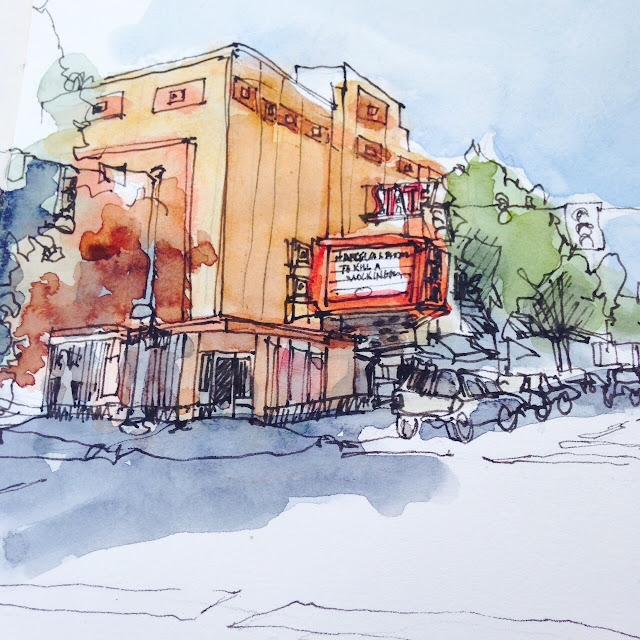 Our beloved fountain plaza. Really the only public place to get cooled off in the warm weather.

Sometimes it's just color that attracts me as in this scene of the backs of buildings from the parking lot on Water Street between State and 4th.

And here it's the buildings' frontside. The green one is the Spar.

Posted by Jane Dillon Wingfield: janewingfield@gmail.com at 10:23 PM No comments:

Music at the Port

Once a year, sometime in early August, the Port of Olympia sponsors "Music at the Port". It's an early evening event held at the Port Plaza on the water side of Anthony's Homeport Restaurant. Whenever I've gone it's been the kind of summer evening you want to drink in and remember all winter long. This year was no different. The sun was casting a golden/purple glow as the shadows grew long. The music rocked with tunes from the 60's. The warm evening breeze kissed your skin. The crowd was smiling, the brave were dancing. 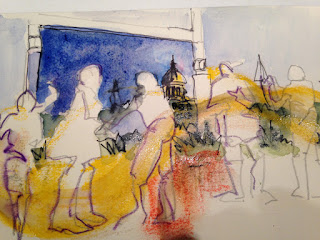 The gelato cart whet the appetites. 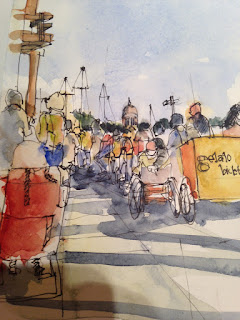 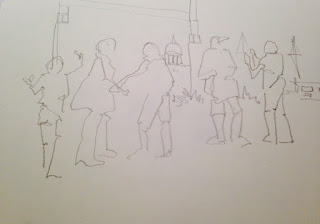 All is well.
Posted by Jane Dillon Wingfield: janewingfield@gmail.com at 10:33 PM 2 comments: