I am the same age that Sam Keen, author of "Learning to Fly", was when he took up flying trapeze. And it was easy to see his inspiration last Sunday when I joined Seattle Urban Sketchers at their monthly sketch outing at Emerald City Trapeze Arts in Seattle's SODO district. 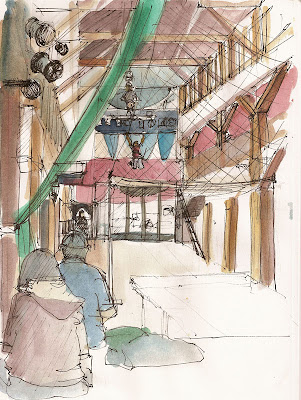 Gary Kirkland open the for profit school and stage for performers in 2009 after he discovered flying trapeze while vacationing at Club Med in Turks and Caicos. The school has since become Club Med's official circus school for the North America zone. The studio's instructor list draws from  Cirque de Soleil, Ringling Bros and Club Med. 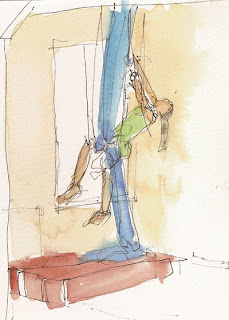 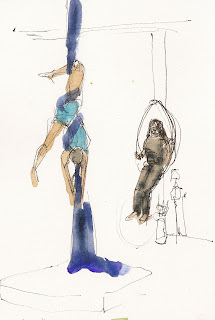 Most of us sketchers situated ourselves on the viewing balcony. Other options included main floor, side or far end, or the ariel room where leotard clad bodies climbed silken sashes wrapping themselves as they performed acrobats. 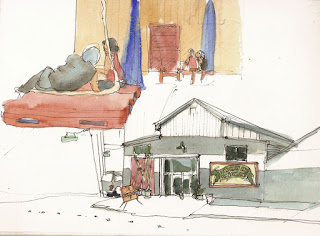 This sketch outing was probably the most challenging to date, but it has got me thinking about the 50% off Groupon for ECTA that showed up in my inbox last week!