I've been wanting to get to MOHAI since its opening last year and it was definitely worth the wait. The mini "foot-path stars" lighting my path at the entrance gave the first hint of enchantment. I was more than impressed as I entered the hall of icons where people were milling about nibbling on snacks and sipping beverages. After sketching for the first hour I caught the informal tour of Gabi Campanario's exhibition, Drawn to Seattle, and I was floored. The variety of displays, the layout and design, not to mention the collection of wonderful sketches and stories was so well done.

The Boeing B-1 airplane shown below was the first airplane to be designed and constructed at Boeing in 1919. It's made of cedar and linen over a spruce frame, the strongest and most lightweight materials at the time. Eddie Hubbard, a local pilot won the contract for the first international airmail service and flew between Seattle and Victoria ten to twelve times a month for seven years. I'm told the plane's position in the MOHAI hall is exactly the same as it would have been when it landed on Lake Union to deliver mail. 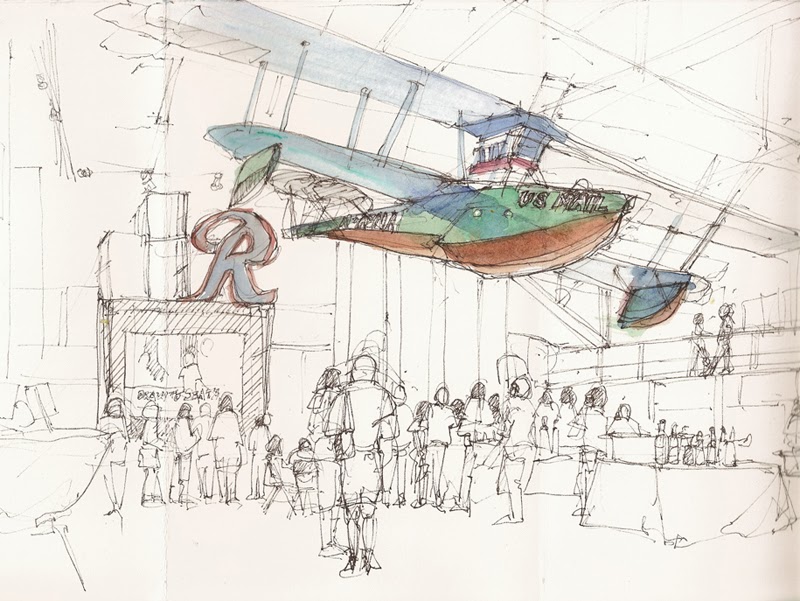 I visited MOHAI a second time as part of a monthly sketch outing with Seattle Urban Sketchers. I found the Slo-mo-shun IV hydroplane hanging from the ceiling behind the mail plane. This famous Seattle icon won the 1950 Gold Cup setting a water speed record of 160.323 mph in Lake Washington, breaking the world record by almost 20 mph on June 26 of that same year. 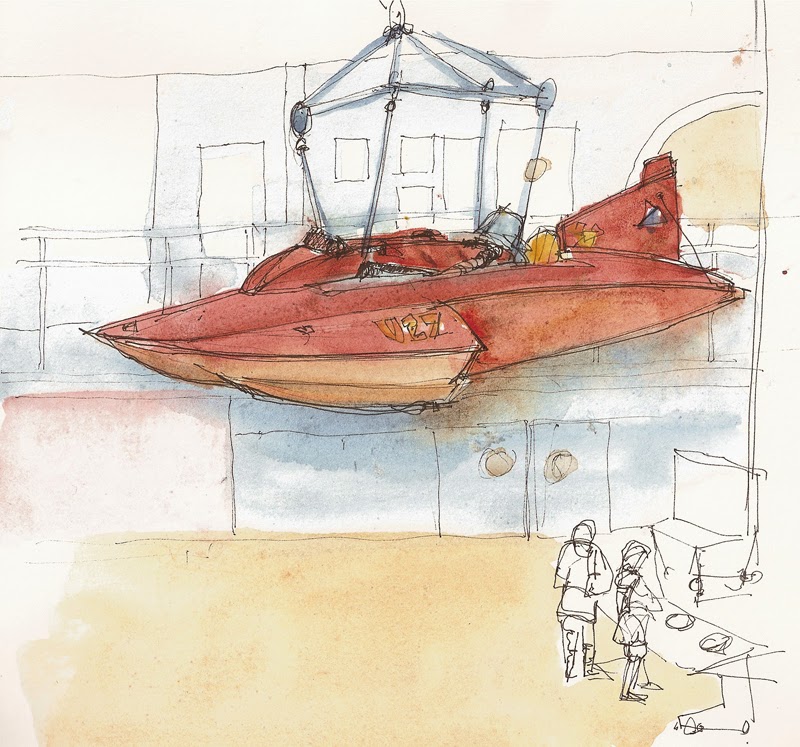 The LincolnToe truck was constructed by Ed Lincoln, owner. He got the idea after negotiating with a salesman. He purchased a wrecked VW van, hired his friend, Ed Ellison, a master welder, and Joan McGinnis to sculpt a mold for the fiberglass toes. Voila! A toe truck! It was used for 20 years for parades and hired out for charity work: weddings and parties, until it was retired and eventually donated to MOHAI. 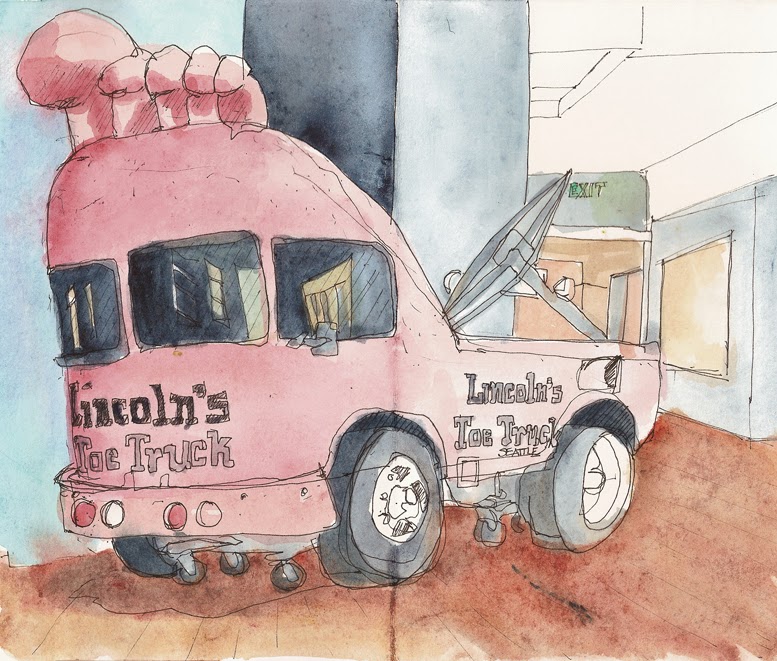 I returned to MOHAI in March and May as artist in residence -- sketching and greeting other interested potential sketchers. These ship sirens used to lead the way on ships' prows. Now they lean in from the wall, overseeing the great hall. 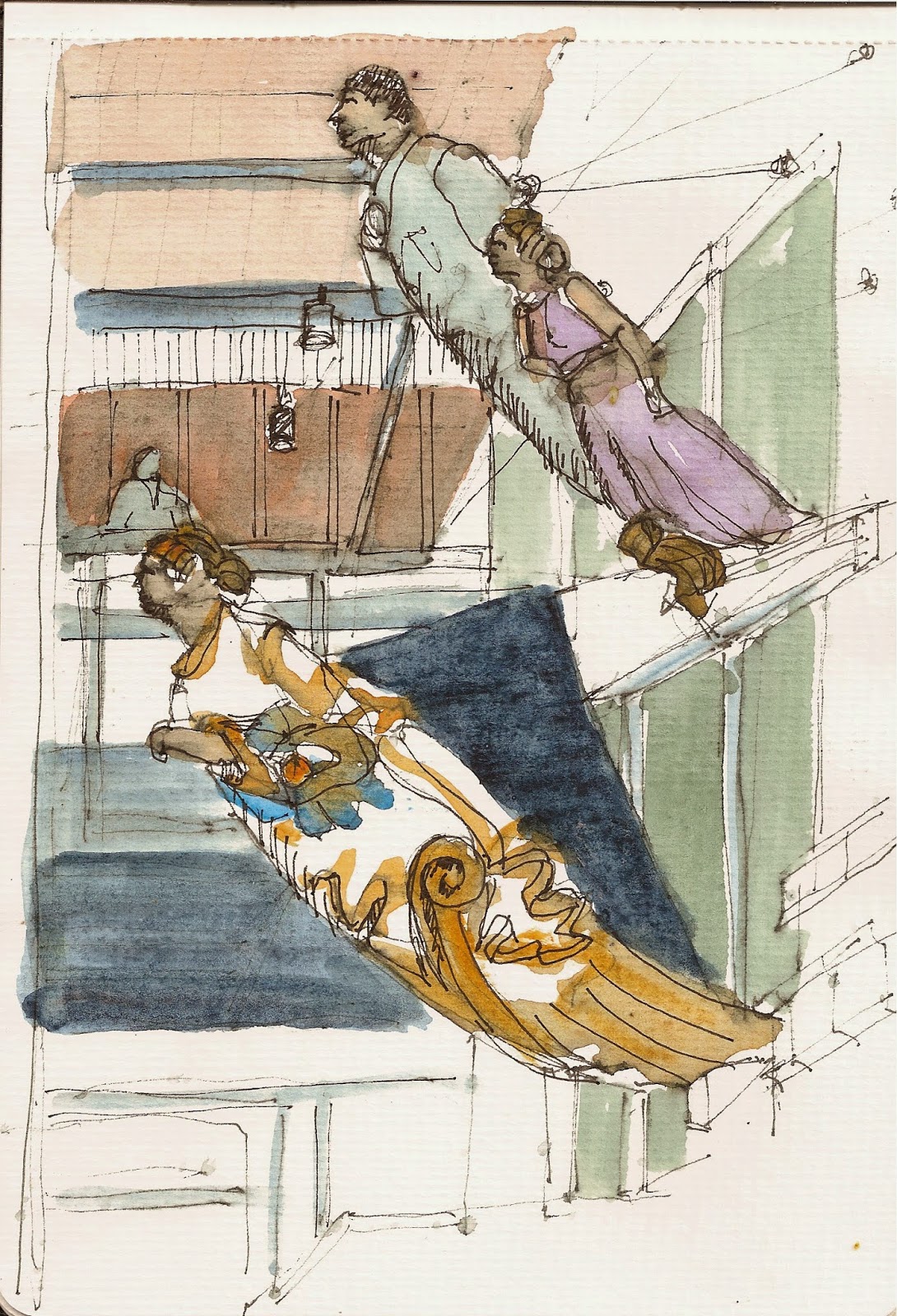