Santa Monica in May

It was an confluence of events. Our son, Connor was turning 30. Jing Jing, our oldest son Jeremy's girlfriend who designs furniture was opening a show at a new gallery in downtown Los Angeles. Lianna, who lives in Brooklyn, NY wanted a break after a long winter. So we all decided to pack our bags and snatch up some California sunshine.

Because I was traveling with people who don't sketch I had to grab moments here and there to sneak in a sketch. So I decide to focus on doing a few 1-5 minute sketches. I got the main lines down then added color later. 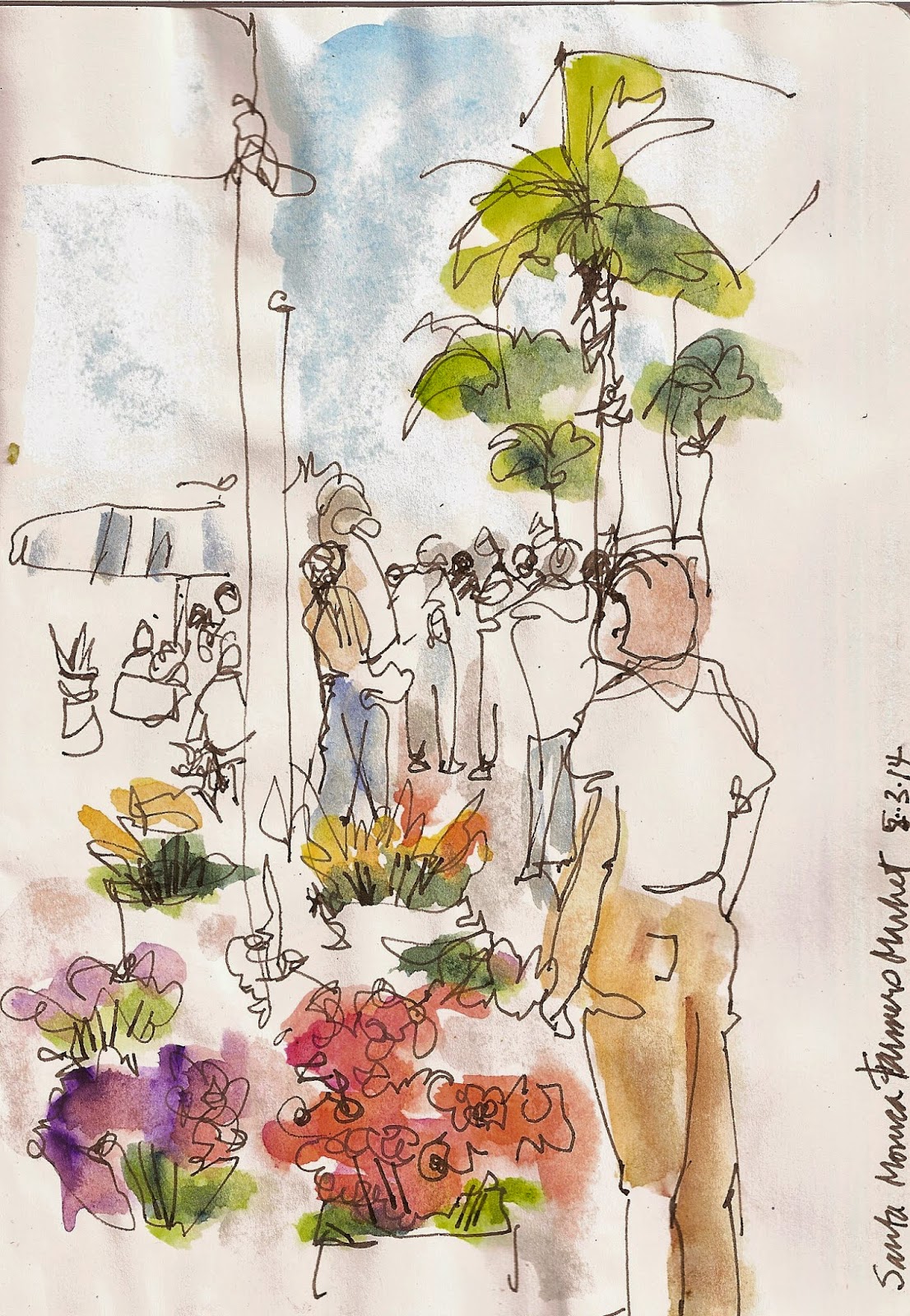 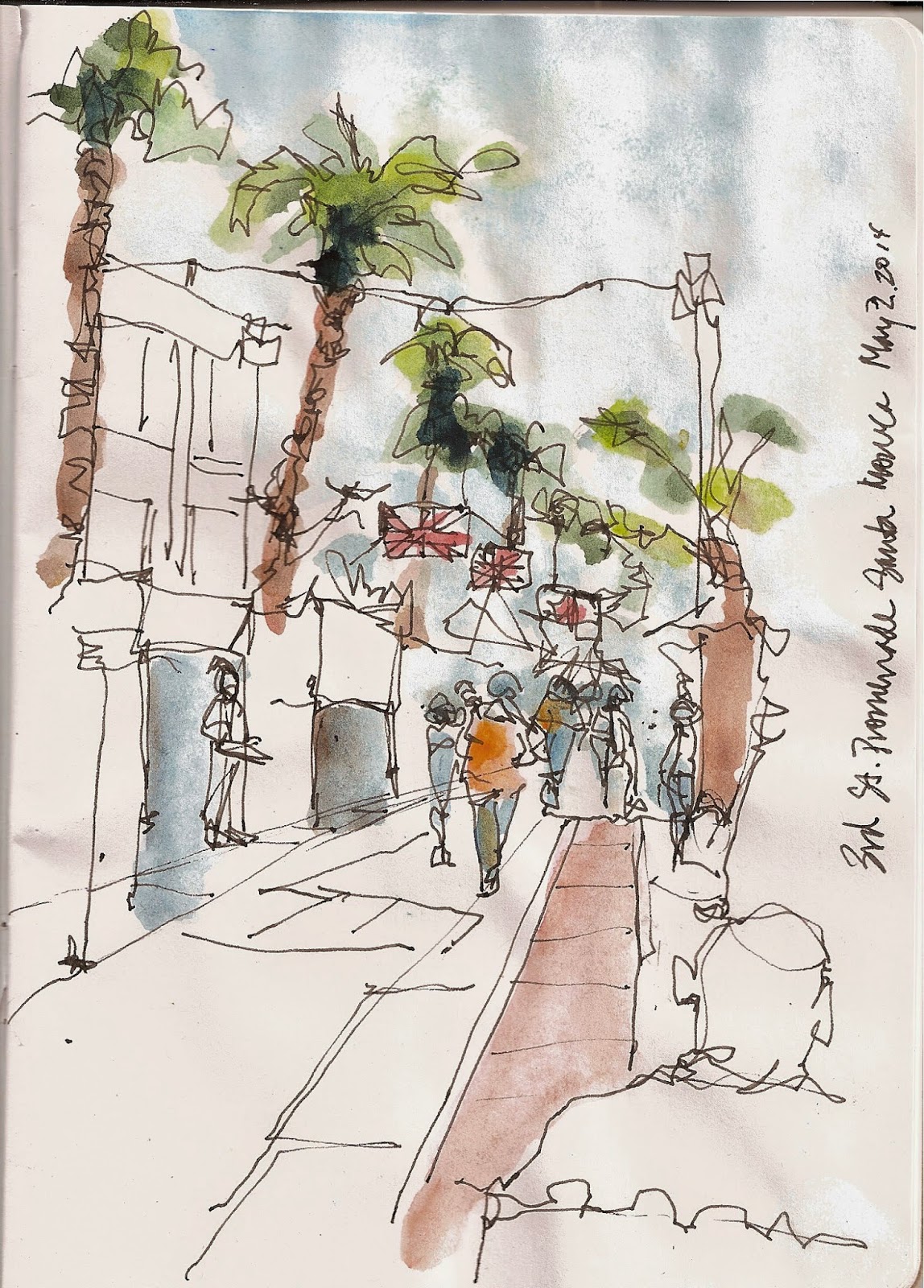 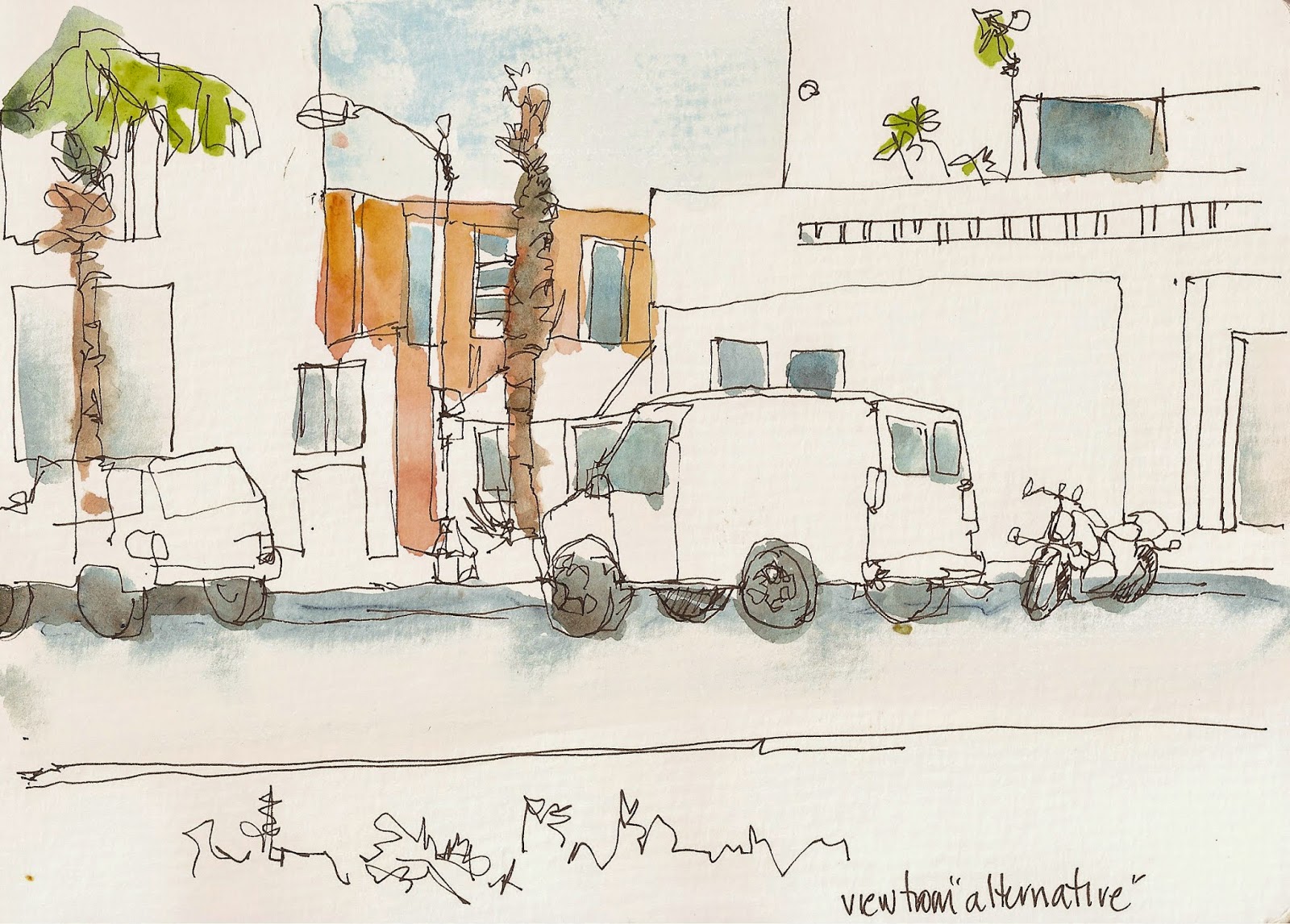 These next sketches took a bit longer.

This one was done on the walkway next to the beach. It doesn't do justice to the crowd that was gathered to watch the 1st Anniversary of Slack Line Park, a sectioned off area of Santa Monica beach where one can jump on a flat, bouncy tightrope about the width of a seat belt. It was fun to watch. I include a very short video below. 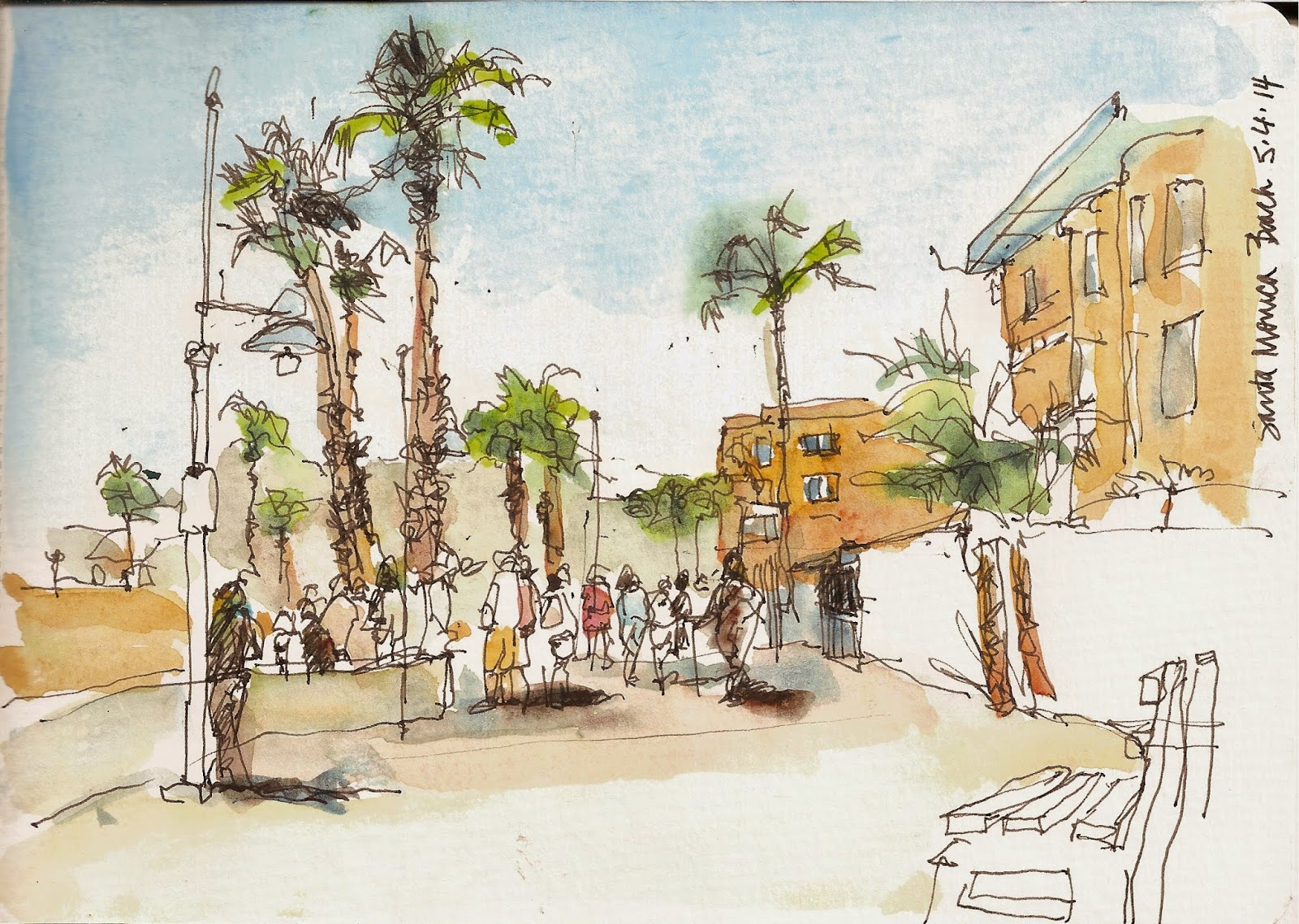 Finally, on our last day, when kids were busy or gone we rode bikes down the path next to the beach and I sad in the sand and sketched Hotel Casa del Mar. It was designed by Charles F Plummer in the Italian Renaissance style and opened in 1926. During the second world war it became a hotel and recreation center for military, then it was headquarters for Synanon, a drug and alcohol rehab organization. In 1997 Shutters on the Beach,it's modern upscale neighbor purchased and remodeled it. Its now on the National Register of Historic Places. Unfortunately I didn't take the time to saunter through the lobby. Maybe next time. 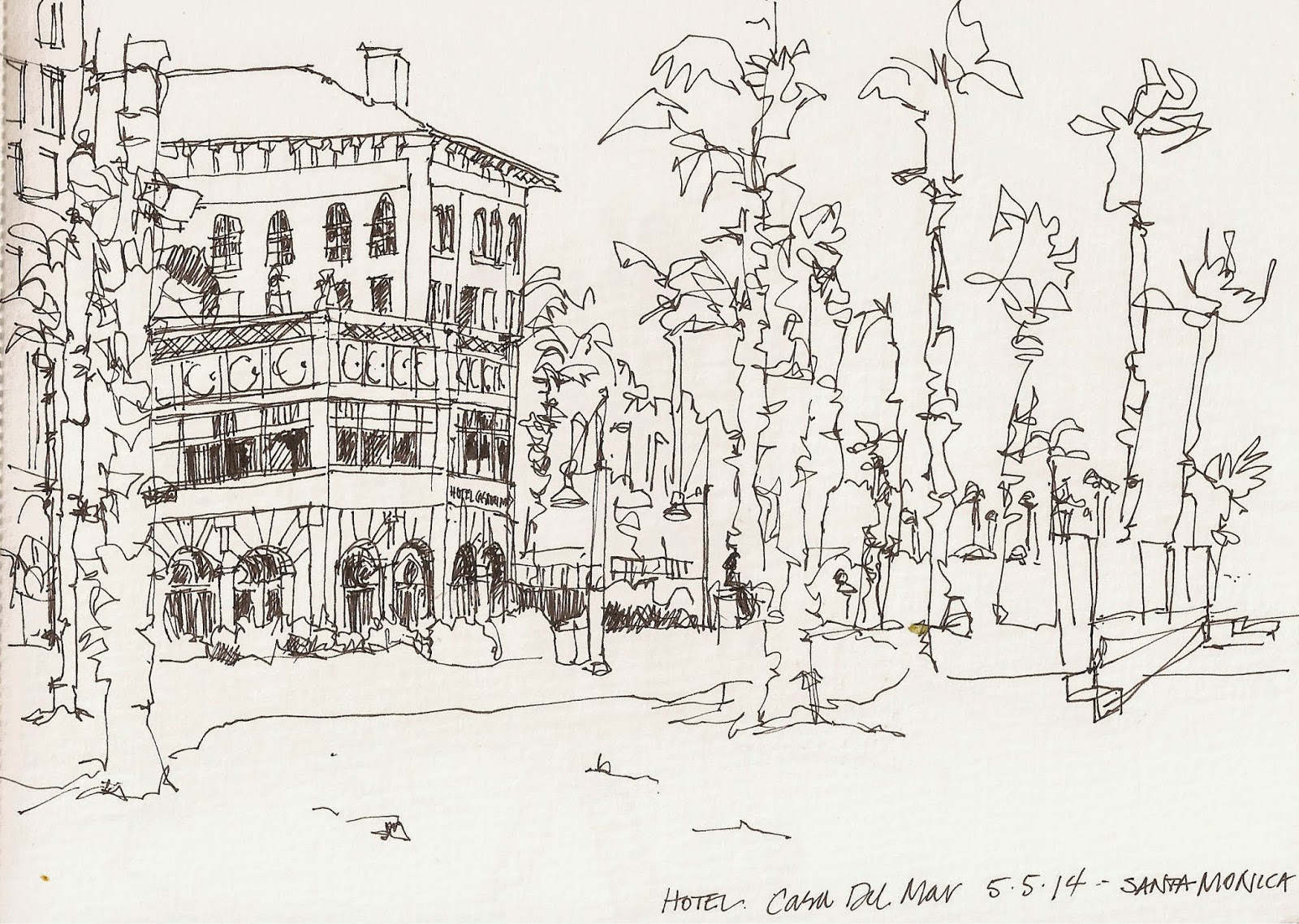