Processing through town celebrating the earth ... and the heavens

One of my kids' teachers had the whole class dress in orange. They made green plumed hats. She connected the hats to with a brown sheet, had the kids put on the hats and voila - a carrot patch! That was my first experience with the Procession of the Species, a 20+ year old event celebrating Earth Day and held on the weekend closest to April 22.

In 1995 a group of local residents came up with the idea as a way to celebrate the 25th anniversary of Earth Day and to support Congressional renewal of the endangered species act. The decided on a procession. They established three rules:

Also, being a family event and a celebration of life, nudity and sexually suggestive behavior is prohibited - a fact that distinguishes the Procession of the Species from the Fremont Solstice Parade in Seattle.

It's a procession, not a parade, to give it some distinction from military parades,and it draws tens of thousands of people into Olympia's downtown for a spectacularly fun experience. 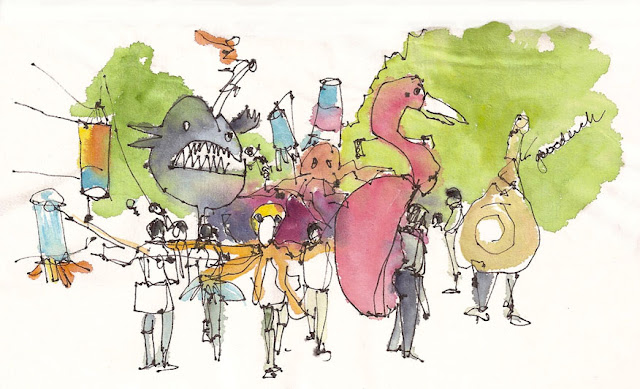 A whale, two octupuses a flamingo and, of course, a geoduck! 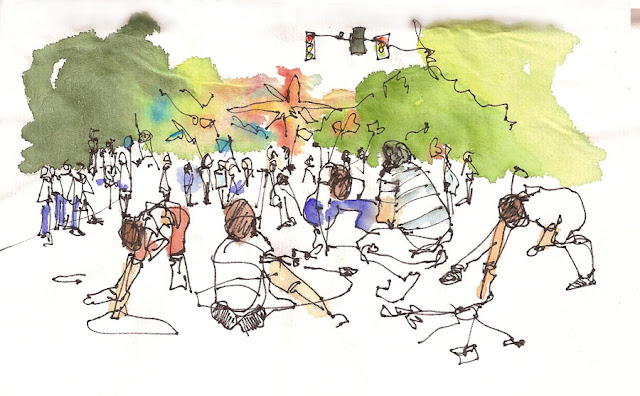 Impromptu chalk artists use chalk handed out by the procession organizers to leave their mark on the street. 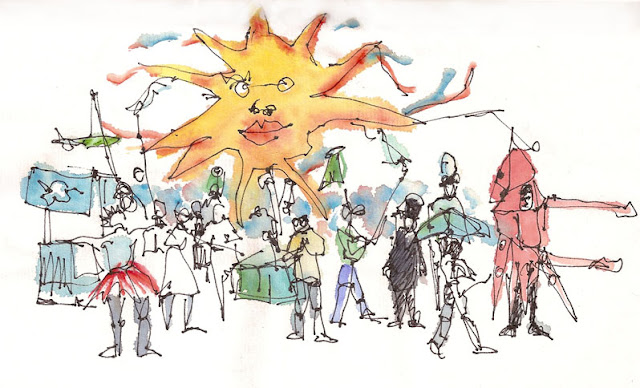 The sun leads the procession - spiting the raindrops 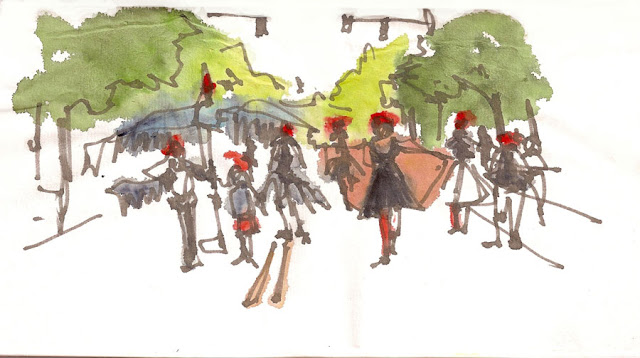 Composed of dancers and musicians, Samba OlyWA is the heart and soul of the procession. This year, dressed as red-headed woodpeckers they drummed, played and pranced through the streets with unfailing energy.