It's been a long winter, and although I'm really grateful we haven't had snow and that I don't live in the midwest where the polar vortex is still spinning, it's been too damn cold for much outdoor sketching. Nonetheless, when the local sketch group organized an outing in Centralia last Saturday I decided to join them. Centralia is a little country, a little 1890's - a place where people go antiquing, non-Starbucks coffee drinking and brunching at the local McMenamin's. So I braved it and sat outside with determined enjoyment, in the shade even to catch the signage and a bit of color.

While I sat there, as often happens, someone stopped to chat. An older gentleman who was curious. When I asked if he sketched or did art work, he told me he engraves... on old guns. Now that's a medium I haven't tried.

I returned to Olympia and stopped at my bank. I had one more page in a sketchbook I started in late January. So there in front of me the perfect example of how anything is sketchable. You can see in the lower middle, those scratchy marks are  the place where I test my ink flow -usually inside the back cover of my sketchbook. 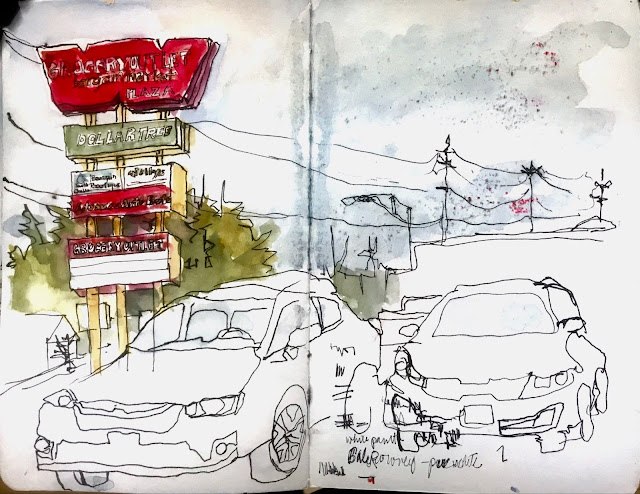 Also, I've been working on creating thumbnails to work out composition and valuee etc. I didn't do that with the third sketch but I'm posting the one's I did for the first two sketches. 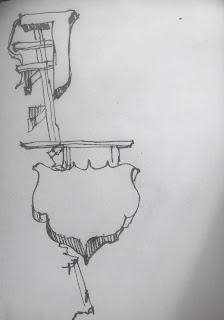 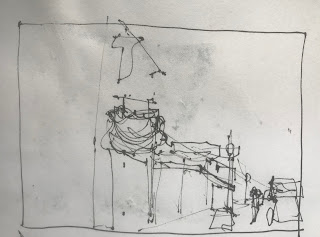 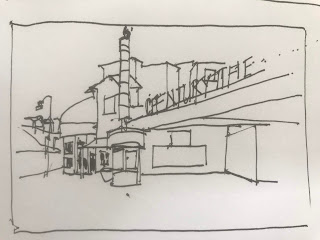 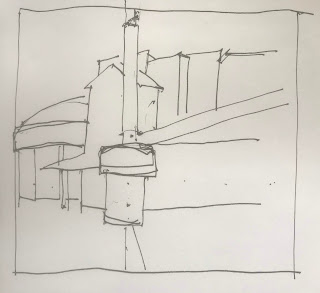