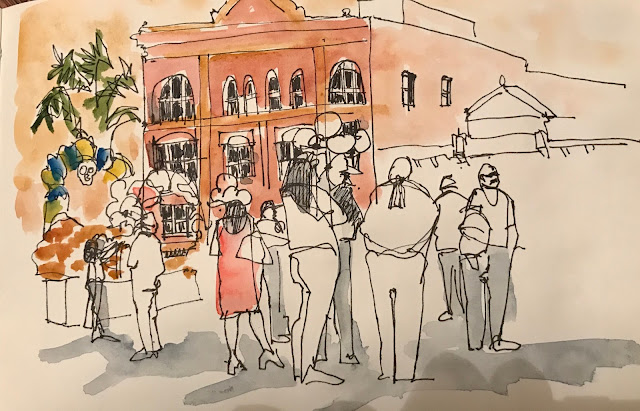 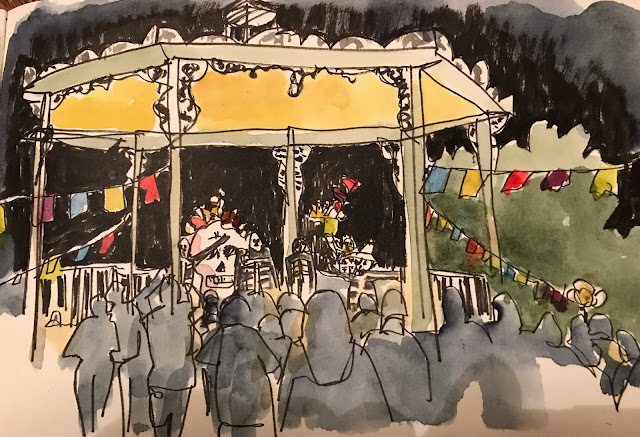 And that was just the beginning. Today at the public library I picked up another brochure advertising at least eight more Dia de Los Muertos events around the city. I guess I'll be carting around my watercolors for a few more days.
Posted by Jane Dillon Wingfield: janewingfield@gmail.com at 3:46 PM